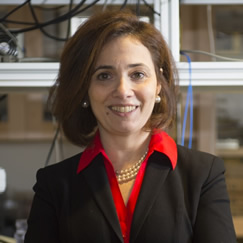 Michal Lipson was appointed as an advisor to the Company’s Board of Directors in June 2022 with the plan to nominate her as a director at its upcoming Annual General Meeting currently scheduled for October 6, 2022.

Professor Lipson currently serves as a Eugene Higgins Professor of Electrical Engineering and Professor of Applied Physics at Columbia University. Her research focus is on Nanophotonics and includes the investigation of novel phenomena, as well as the development of novel devices and applications. Prof. Lipson pioneered critical building blocks in the field of Silicon Photonics, which today is recognized as one of the most promising directions for solving the major bottlenecks in microelectronics.

Professor Lipson is the inventor of more than 45 issued patents and has co-authored more than 250 scientific publications. In recognition of her work in silicon photonics, she was elected as a member of the National Academy of Sciences and the American Academy of Arts and Sciences. She was also awarded the NAS Comstock Prize in Physics, the MacArthur Fellowship, the Blavatnik Award, the Optical Society’s R. W. Wood Prize, the IEEE Photonics Award, and has received an honorary degree from Trinity College, University of Dublin. In 2020, she was elected the 2021 Vice President of The Optical Society and will serve as OSA President in 2023. 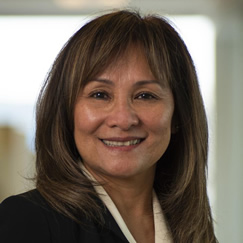 Therese Lan Ende was appointed as an advisor to the Company’s Board of Directors in June 2022 with the plan to nominate her as a director at its upcoming Annual General Meeting currently scheduled for October 6, 2022.

Ms. Lan Ende currently serves as Chief Procurement Director of Arista Networks. Before being named Chief Procurement Officer, she served for 10 years as Senior Director of Global Supply Chain Management. Prior to Arista Networks, she was the Vice President of Supply Chain Operations at JDSU Optical Division. During her tenure at Force10 Networks, she served as Director of Materials. At Cisco Systems and ROLM Telecommunications, a Siemens Company, Ms. LanEnde held various program management and planning management positions over a 20-year period.

In 2019, she was honored as one of the “Top 100 Women of Influence” by Silicon Valley Business Journal.