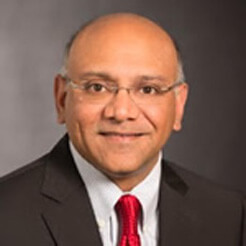 Suresh is an industry veteran with over 22 years of experience in semiconductor technology development. Prior to joining GLOBALFOUNDRIES, he held various leadership positions with Freescale Semiconductor in Austin, Texas. Dr. Venkatesan holds over 25 US patents, and has co-authored over 50 technical papers. He holds a Bachelor of Technology degree in Electrical Engineering from the Indian Institute of Technology and Master of Science and PhD degrees in Electrical Engineering from Purdue University. 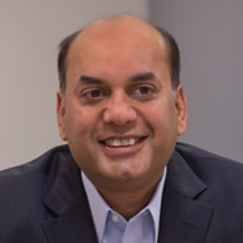 Prior to Joining POET in late 2019, Vivek Rajgarhia was Senior Vice President & General Manager of the Lightwave Business Unit of MACOM (NASDAQ: MTSI).  Vivek joined MACOM through the acquisition of Optomai Inc., where he was the Co-Founder and CEO, to start MACOM’s first optical business.  He was then instrumental in identifying and leading several strategic acquisitions to build an extensive portfolio of optical and photonic businesses, which formed MACOM’s Lightwave Business Unit.  Vivek has held several senior management positions during his 30 years in the optical communications industry.  He was Director of Sales & Marketing (Asia) for Lucent Technologies’ (now Nokia) optical components, where he started Lucent’s Asia business; Vice President of Product Marketing and Business Development for OpNext (formerly Hitachi’s Fiber Optics Division) where he was part of the team to spin-off the optical business from Hitachi; Director of Product Management & Marketing for JDS Uniphase (now Lumentum), and VP of Global Sales for GigOptix. Vivek has been a successful entrepreneur, founding two optical companies, and has held international assignments in Hong Kong, Germany and India.  He holds a Bachelor of Engineering (Electrical) degree from Stevens Institute of Technology in New Jersey. 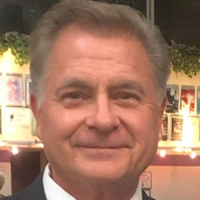 Thomas Mika previously served as the Chairman of the Board of Rennova Health, the successor company to CollabRx and its predecessor, Tegal Corporation, a semiconductor capital equipment company. On the Board of Directors of Tegal since its spin-out from Motorola in 1989, Mika assumed the roles of Chief Financial Officer in 2002, CEO in 2005 and Chairman & CEO in 2006, positions which he held until 2015. In 2015, Tegal merged with Rennova Health with Mika retaining the position of Chairman until joining POET in November 2016. Previously, Mika co-founded IMTEC, a boutique investment and consulting firm, serving clients in the U.S., Europe and Japan over a period of 20 years, taking on the role of CEO in several ventures. Earlier in his career, Mika was a managing consultant with Cresap, McCormick & Paget and a policy analyst for the National Science Foundation. He holds a Bachelor of Science in Microbiology from the University of Illinois at Urbana-Champaign and a Master of Business Administration from the Harvard Graduate School of Business. 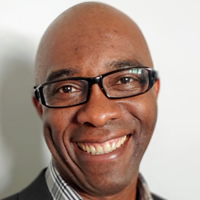 Mr. Barnes has held increasingly responsible positions at POET since joining the Company in 2013, initially as a full-time consultant. In 2021, he added the title Vice President of Finance & Administration, retaining his roles as Corporate Controller and Treasurer. Prior to joining POET, Mr. Barnes served as Corporate Controller and Business Performance Manager for EC English, one of the world’s largest language training institutes between 2006 and 2014.  His international responsibilities included operations in Canada, the United States, Great Britain and Malta. Prior to EC English, he was a reporting manager with Duguay and Ringler Corporate Services, which specializes in financial reporting for publicly traded companies. Mr. Barnes has also served as CFO of VVC Exploration Corporation, a minerals exploration company traded on the TSX.V. Mr. Barnes holds a Master of Business Administration and is a member of the Institute of the Certified Management Accountants of Australia and an Accredited Chartered Secretary. 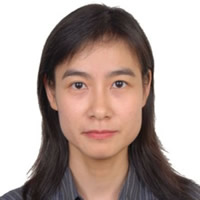 Dr. Mo Jinyu is a highly experienced technical and business veteran of the photonics and optoelectronics industries. Her expertise covers optical transmission system, advanced optical modulation format, tunable semiconductor lasers, DFB and FP lasers and PD/APD, optical transceiver modules and high-speed integrated packaging. Dr. Mo has more than 22 years of experience spanning several companies, including MACOM Technology Solutions, Bookham/Oclaro, Huawei, I2R in Singapore and Nexvave Photonics Technology Co., which she founded and served as Chief Technology Officer. Dr. Mo was most recently with MACOM as the Senior Director and Chief Scientist of the Lightwave business unit in Asia and site leader in Shenzhen.

Dr. Mo received her PhD degree in Optical Communications from Nanyang Technological University (NTU) Singapore. She is a Senior member of IEEE and has been a member of IEEE’s Technical Committees for several international conferences. She has over 11 patents and more than 40 papers published in tier one journals and conferences. 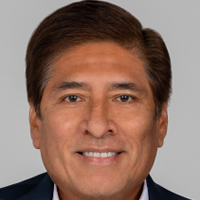 Edward Cornejo was most recently Senior Director of Service Provider Solutions at MACOM Technologies where he worked with end customers to design, develop and manufacture optical solutions for data center applications utilizing internal device, component and integration capabilities. Prior to that, Cornejo served in various individual contributor and senior management roles at Google Fiber, Opnext (now Lumentum), Lucent Technologies and Lytel (later became Tyco). Cornejo has 30+ years of experience in optoelectronics integrated designs and bringing those designs to mass production. Cornejo holds a Bachelor of Engineering in electrical engineering and Master’s degree in Management from New Jersey Institute of Technology. 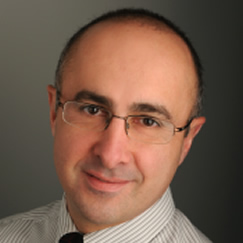 Dan has set up wafer fabrication facilities, run manufacturing operations at Multiplex and Xtellus (acquired by Oclaro) and built and managed a China-based manufacturing subsidiary acquired by Hisense. In addition, Dan set up and managed contract manufacturers to scale production of both high performance and low-cost optical modules. Earlier in his career, Dan led the development of photonic engines incorporating high speed lasers and EMLs, including the first uncooled EML module in a low cost TO platform. The company, Apogee, was later acquired by Cyoptics which was then acquired by Broadcom. Dan holds BSEE and MBA degrees from Rutgers University. 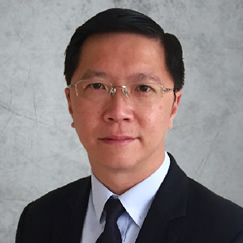 James Lee was most recently Vice President of Logic Technology at IMEC where he was responsible for defining the logic roadmap and developing the technology elements necessary to extend scaling with ultra-scaled FinFET, GAA devices, advanced metallization as well novel materials for emerging devices and quantum computing. James joined IMEC in 2015 where he was instrumental in driving collaborations with the foundries in China and was responsible for bringing in >100M euros of research partnership. Prior to IMEC, James had a 19-year career with GLOBALFOUNDRIES where he held various technical and management positions spanning the US and Singapore focused on developing, qualifying and ramping leading edge CMOS technology in the foundry. He has over 60 patents and holds a Bachelor of Engineering degree from the University of Illinois at Champaign-Urbana.