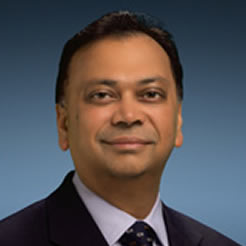 Rajan has over 28 years of global corporate experience spanning Asia, Europe and US. He brings a wide spectrum of knowledge in the semiconductor industry with demonstrated leadership in technology, operations and customer/product management with a strong focus on new product introduction, yield, quality and fab operations. Before DenseLight, Rajan was the President of GaNStar, a startup in the Gallium Nitride space. Prior to that, he was the VP of Global Quality at Micron Technology leading a team of 500+ people spread across 12 different countries with a clear focus on achieving “World Class Quality”.Before Micron, he spent 18 years at GLOBALFOUNDRIES in various VP level in quality, operations, process/yield engineering and customer engineering. He started his career in R&D at Texas Instruments in Dallas, TX. 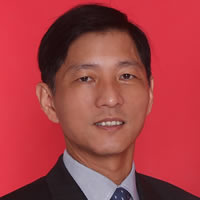 In 1985, he began his career with the Singapore unit of a UK-based multinational company in developing building automation products and subsequently establishing its manufacturing operations. From year 1990 to 2000, he was a professor in the School of Electrical and Electronics Engineering of the Nanyang Technological University of Singapore. Notable appointments in the University included Head of Microelectronics Division, Principal Staff Officer to the University’s President, and member of the NTU Council (University’s Board of Governors).

In Year 2000, he led the founding of DenseLight Semiconductors and raised a US$31.2 million VC Round from 3i-PLC (to establish a InP Optoelectronics Wafer Fab), and subsequently in 2003-2004 (despite negative market sentiment post 2002 photonics-crash) he raised US$8.6M to realize self-sustaining business operations by 2005 with revenue from products and services for its photonics sensing and test customers. He continued to serve as DenseLight CTO after the company was acquired by POET Technologies in May 2016.

Dr. Lam’s area of technical expertise is in optoelectronics, fiber-optics sensors, and photonics systems applications, and has contributed to some 300 publications and 60 patents. For the past 25 years, he has been a significant participant in a number of key initiatives to promote the growth of photonics-related research and industrial development in Singapore; and he is still doing so today. 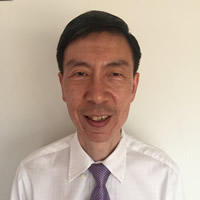 Prior to co-founding DenseLight Semiconductors, Dr Chan was professor in NTU and was the coordinator of the university's Photonics Research Group. He managed the university's photonic devices fabrication Lab and within a short span of 2.5yrs, expanded facilities into a cluster to service industrial programs and published more than 180 scientific and industrial papers.

Dr Chan pursued his education as a distinguished Public Service Commission Monbusho Scholar and received his B.Eng, M.Eng and PhD degrees in Electronics Engineering majoring in Optoelectronics, all from the University of Tokyo in Japan.

Andy brings to DenseLight over 15 years of manufacturing & R&D experience in Optoelectronics & Laser Physics with focus on high power lasers, Fibre amplifiers & LIDAR. Prior to joining DenseLight, he was the CTO of iLuma Photonics, where he lead the development of award winning industrial laser products. He designed, developed and built manufacturing and production process from scratch, using lean & modular manufacturing methods. In addition to this, he was also worked with suppliers to ensure they met iLuma’s stringent quality & reliability requirements. Before joining iLuma, Andy spend a number of years as a laser development engineer, spending time developing among other things, Red Energy Pulsed laser modules.

Andy has doctorate and a BEng Degree with 1st Class Hons from the University of Southampton, and in named as co-inventor in a number of patents. 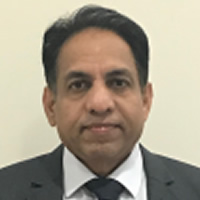 Subbu has had multi faceted experience in developing customised solutions, technology development to qualification and successful product ramps. He has over 30 years of Semiconductor experience with 25 years in Foundry Engineering including Global Foundries, where he was a senior Director responsible for Process Integration & Product Engineering. His career covered multiple tech nodes and platforms - Logic, HV, NVM, RF SOI & Silicon Photonics. He brings to us organisational and technical leadership with the ability to deliver value to the company and to customer alike. He is well versed with technology, Operations, Customer management, Business processes and Quality systems. 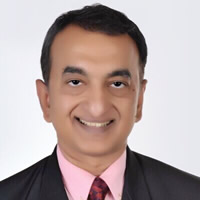 Soma has +20 years of field experience in Opto-electronics, Datacom & Telecom. He held numerous sales as well as product and field engineering roles at Avago, Agilent and Hewlett Packard. Most recently, Soma led the sales activity in the South Asia Pacific region for CREE® , a leading global innovator of LED lighting, where he successfully identified and penetrated multiple new countries and implemented sustainable long-term growth strategies.

Soma has a B.Tech (Hons) degree in Electronics & Electrical Communication from the Indian Institute of Technology, Kharagpur and an MBA from the University of South Australia.